Come for the view, stay for the laughs!

Immerse yourself in Arcade Comedy Theater’s world of sketch comedy with Sketchville — a new production featuring performances from six incredibly funny, Pittsburgh-based comedy troupes whose unique comedic points of view will take over the entire building. For the first time at Arcade, you’ll be able to attend one, two, or three shows in a single night as Sketchville is presented on both of our theaters. Each show runs just over 70 minutes — so if you choose to see more than one, you can!

Featuring performances by: Frankly Scarlett, Secondhand Sketch, The Big Deal, JFLE, Cousins, and The Oneders! Plus additional performances by the Citizens of Sketchville in every show!

Discount available when you purchase at the box office as well. Each show is BYOB and suitable for ages 16 & up. 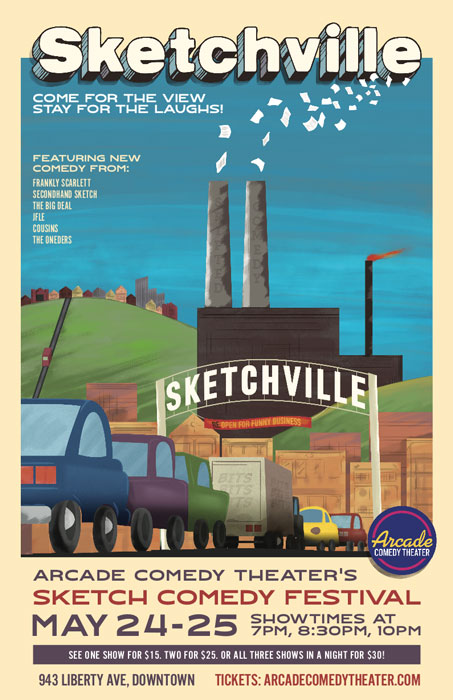 It’s time to cut the ribbon on our sketch comedy festival and start the evening of performances with Secondhand Sketch and Cousins!

Our sketch comedy festival continues with an intimate performance in the upstairs theater with JFLE and The Oneders!

Close out your evening with a final pair of sketch comedy performances with Frankly Scarlett and The Big Deal! 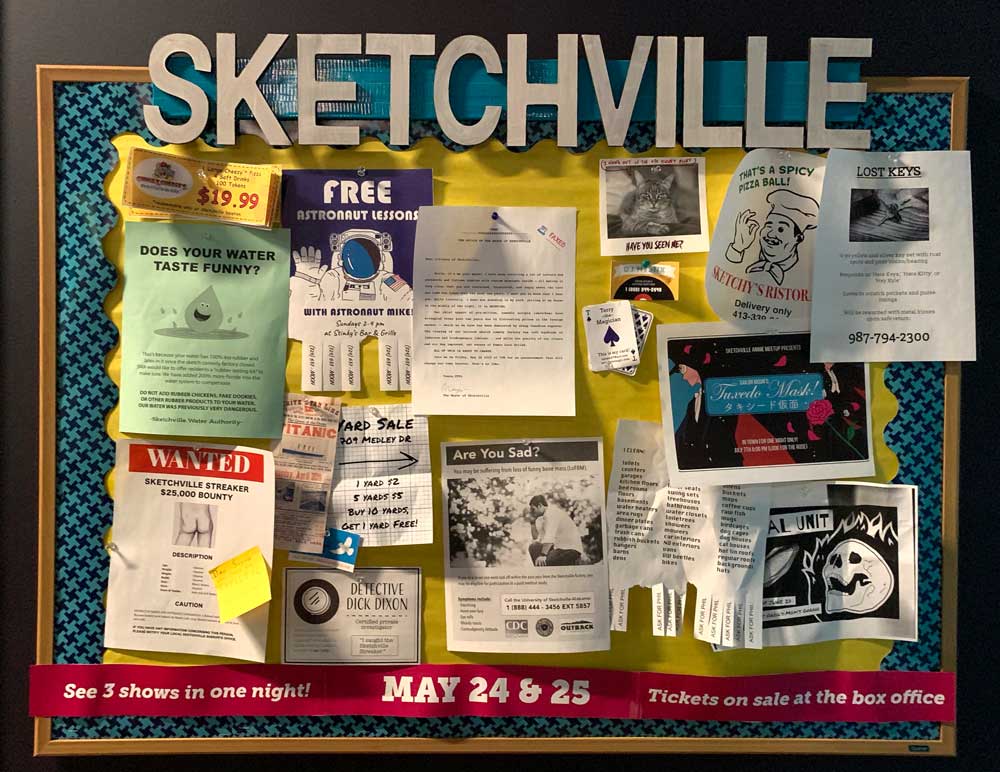