In response to rising COVID case numbers in Allegheny County, Arcade Academy will be postponing the start of our new session of classes by two weeks—our eight-week classes will now begin the week of January 24, 2022, with class shows now scheduled for the week of March 14. The two final weeks of March are also available for Session 1 classes if further rescheduling becomes necessary.

Have fun learning the art of comedy!

Whether it’s improv, sketch, or stand-up, the Arcade Academy can teach you the art of comedy, regardless of your experience. If you’re new to our training program, then start at the 100 level of improv classes and learn our philosophy from the ground up! Or if writing is more your style, we offer sketch comedy and stand-up classes too. Our classes are welcoming, accessible, and packed full of insights from some of the most experienced teachers in the city.

Get ready to have fun, meet people, and open yourself up to Pittsburgh’s growing comedy scene! 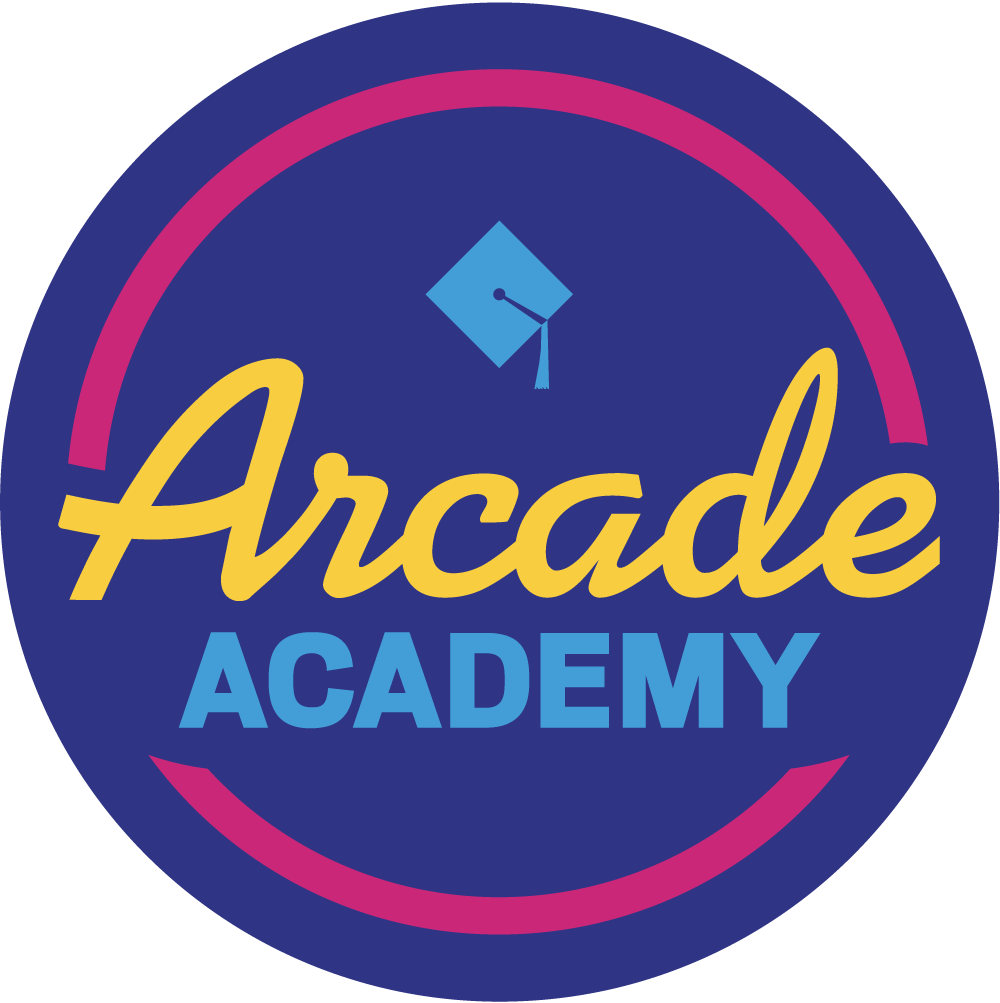 In-Person Classes at the Arcade: Session 1

Intro to Stand-Up Comedy - SOLD OUT

Have you ever wanted to try stand up comedy but weren’t sure how to start? This class is for you! You’ll learn exercises, tools, and techniques for generating ideas, writing jokes, preparing your act, and analyzing and improving your performance. We’ll cover on-stage mechanics and “comedy etiquette.” This class explores the wide variety of styles of Stand-up, extracting lessons that can be incorporated into your act, in a supportive and fun environment. Through this 8 week course that culminates with a class show, you’ll discover and develop your personal comedy voice, while building a foundation for continued growth.

This eight-week, three-hour class is open to everyone and appropriate for all levels of improv experience. Whether you are completely new to improvisation, or are a seasoned performer who wants to get back to basics, this class is for you. Learning skills through improv games & exercises, our focus is on: “Yes And” (agreement and extension), group mind, give and take, and basic environment and object work in a supportive, playful environment. Improv 101 ends with a class show performance for friends and family!

This eight-week class focuses on one of the most critical elements of great improv: scenework. Building on the foundations and skills of Improv 101, here we focus on starting scenes with decisive initiations and confident stage presence.  Agreement and group mind will be taken to the next level as well as working on character development and emotional investment. Trusting yourself as well as your scene partner is the first step towards great scene work. Improv 102 concludes with a class performance showcasing the skills of building strong scenes.

This new class addresses one of the most common points of confusion for improv students: how do I find and play “the game of the scene?” By focusing on game and pattern for eight weeks, this class will give you the tools you need to kick up the humor quotient of any short form game or longform set you perform. Improv 103 is also a fantastic class for seasoned improvisers who feel they’re in a slump and want to sharpen up, or performers returning to the craft after some time away.

This class focuses on the Harold, the gold standard of long-form improv. The Harold provides improvisors an opportunity to learn and practice all the basic building blocks commonly used in long-form improv: openings, edits, games, group scenes, and callbacks. This class will give you the tools to forge group mind and build a spontaneous and evocative piece of improvised theater.

Behind every great improv team is a great coach, but learning how to take on this behind-the-scenes role can be mysterious and challenging. This six-week class will explore the theory and practice of effectively coaching an improv team to better performances, stronger group mind, and higher player satisfaction. We’ve assembled a team of some of the most experienced improv coaches in Pittsburgh to bring various perspectives and insights to the class. Each week is targeted to a specific aspect of improv coaching including giving targeted and actionable notes, running exciting warm-ups, effectively side-coaching, and creating empowering challenges for your players. Several weeks of class will include guest teams or performers for students to work with to get real-life experience coaching improv.

6-Week Online Classes at the Arcade

Available to students anywhere in the world!

Read more about the class

Students will complete weekly writing assignments due 48 hours before each session.

Location: Class to be held over Zoom. Students in the Pittsburgh area are welcome to bring their laptop to the theater and attend class together there! Participants will need access to a computer with a stable internet connection. The workshop will be conducted over Zoom, which requires creating a free account.

Class size is limited to 8 students, with a class minimum of 5 students.

Rich Talarico is an alum of The Second City and Improv Olympic theaters in Chicago. Rich worked for 15 years in late night TV on shows like Key & Peele, Review, MADtv, Saturday Night Live, and The Tonight Show with Jay Leno. Rich has also produced and wrote Frank TV for TBS and was a writer/performer on The Sketch Pad for HBO. Rich did script punch-ups on Tina Fey’s Mean Girls and the Oscar-winning Get Out. Rich’s most recent feature film script, The Widow Daredevil, was named an official selection of the 2020 Beverly Hills Film Festival. As an actor, Rich has appeared in featured roles on MADtv, Late Night with Conan O’Brien and the feature film, High Fidelity. Rich also appeared in numerous TV commercials, most notably A&W Root Beer’s “Mr. Dumass.”

Here’s what you need to know:

Arcade Academy sessions generally run eight weeks. Classes take place at our theater at 943 Liberty Avenue or on rare occasions off-site at a nearby Cultural Trust-owned property. If you’d like to register for a class, just click the big buttons and you’ll be taken to our ShowClix registration page. It’s a fast & secure way to register for classes online with your credit card. Tuition is non-refundable and non-transferrable. Unless specified otherwise, these classes are for adults 18 and older. Teachers listed may be subject to change at the Arcade’s discretion or as a result of unforeseen scheduling conflicts — while we try to avoid teacher substitution, it does happen from time and time and is not grounds for a refund.

The Arcade is also accepting a limited number of interns. Click here to learn more about our internship program.

We’ve revised our policy regarding course prerequisites: students need to meet all pre-reqs before signing up for an advanced level class. Every improv school approaches these techniques and philosophies differently, and so does the Arcade. So it’s good for you and your classmates if everyone has the same level of Arcade Academy training and vocabulary. You can find all of our current policies on our Academy FAQ page.

Arcade is committed to providing an inclusive and welcoming environment for all of our patrons, students, and performing artists. Our facilities at 943 Liberty Avenue are designed for wheelchair access both in our audience and on our stages. We also offer all-gender bathrooms and elevator access to all floors. If you have any accessibility requirements, please contact us at: academy@arcadecomedytheater.com

During the week, the Arcade transforms into an amazing, multi-classroom learning space with classes taking place in our downstairs and upstairs theaters as well as our second floor lounge.