From the guys who created Wet Hot American Summer, STELLA, and The State

Arcade is embarking on a new kind of artistic adventure: our first-ever full-length theatrical production! And we couldn’t think of a better play to start with than the absurdist cult-classic SEX A.K.A. WIENERS AND BOOBS written by Joe Lo Truglio, Michael Showalter, and David Wain!

The irreverent SEX a.k.a Wieners and Boobs is a lovingly anarchic tribute to community theater that breaks the fourth wall and keeps audiences on their toes. Set in the “wild west” of Teaneck, New Jersey, the show centers around a standoff between a young sheriff and a pimp that controls the town with a gang of prostitutes and gigolos. Much like the shows and films created by Lo Truglio, Showalter, and Wain, SEX promises to be wild, surprising, and truly absurd.

All performances of the play include a scene from David Mamet’s “Glengarry Glen Ross!” 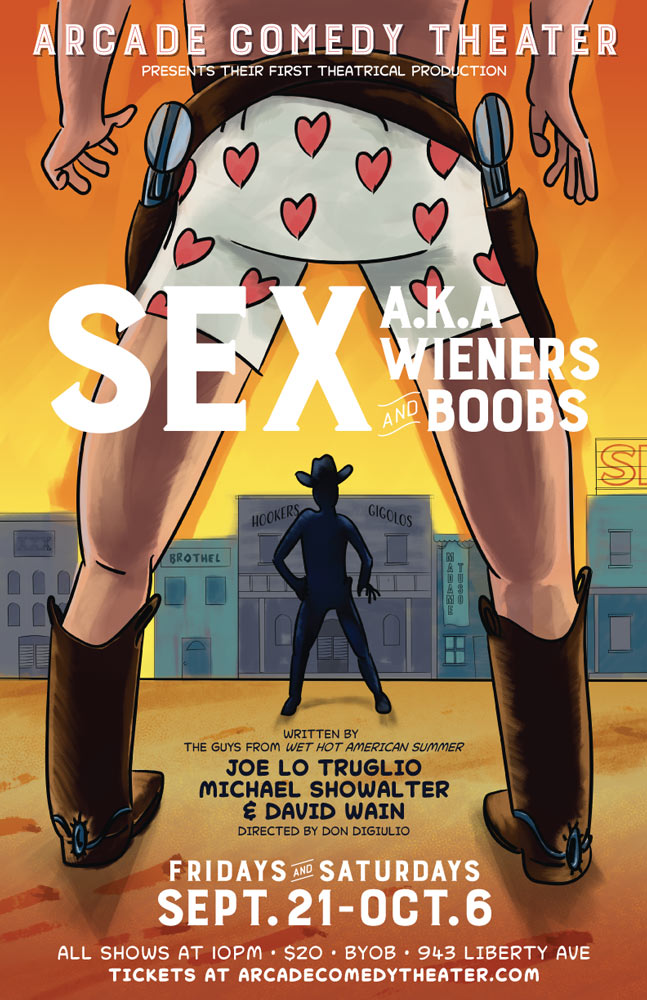 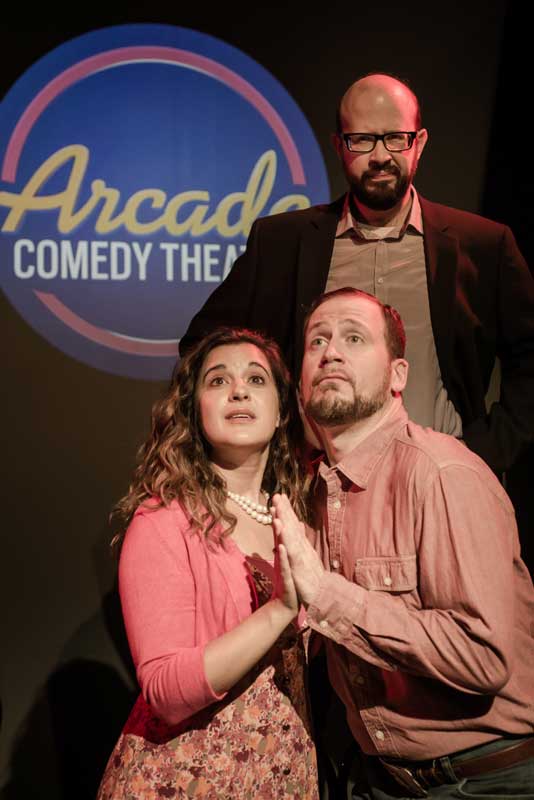 Special Thanks to our Sponsors:

The Cultural District is a bustling, exciting place to be — whether it’s a street festival, Pirates game, or Hollywood film shoot, there’s always something cool happening. So give yourself a little extra time to park and get to the theater. There are two parking garages within a block of the theater, both of which are only $6 for the night.

There are also a number of bus stops near us, as well as the Wood Street T-Station, if you’re taking public transit.