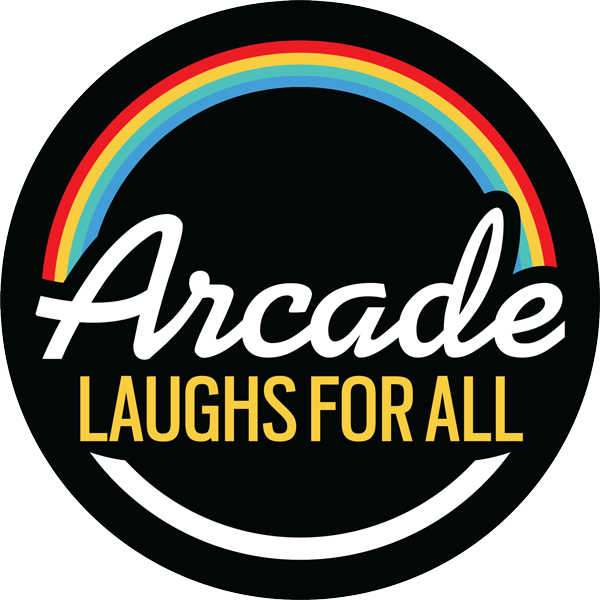 Celebrate Pride Every Weekend in June

Arcade Comedy Theater values queer voices. On our stages, in our classes, and working here behind the scenes. In honor of Pride Month, we are shining a bigger spotlight on the amazing comedic artists in the LGBTQIA+ community. Productions listed on this page are produced by or star queer artists from all over the Pittsburgh comedy community. Arcade strives to be an inclusive and welcoming space for everyone, as it’s the only way to truly elevate and advance the art of comedy. Laughs for all!

Every June, Arcade has been a platform for the queer performers, writers, and producers who create comedy in our city. It has been wonderful seeing how much Pride celebrations have grown since Arcade’s doors opened in 2013: from a single show to an entire weekend of queer content. So when Arcade approached me about being the official Pride Coordinator this year, I came back to them with a goal: instead of a single weekend, could we celebrate Pride all month long? And I’m so happy to say the answer was “yes, queen.”

In addition to a full weekend of queer comedy shows during Pittsburgh Pride, audiences can now enjoy queer comedy every Friday and Saturday night for the rest of June. We have brand new stand-up comedy and improv shows by our queer comedians, as well as returning favorites like our annual “Golden Girls” live read. Arcade has always known how important it is to celebrate the LGBTQIA+ artists that regularly create comedy on their stages. And, of course, it’s an opportunity for allies to show their appreciation and respect for the queer community as an equal and vital voice within the comedy scene.

What excites me most about celebrating Pride all month long is creating space for new queer performers, writers, and producers on the Arcade stage. There are many voices within the LGBTQIA+ community that do not feel heard during traditional Pride Celebrations. Our goal was to widen and strengthen our shared community of queer comedy. I am thrilled about the new works we have this year, from sketch comedy and live podcast recordings, to queer variety shows with everything from live music to burlesque performance.

This June will be the biggest Pride at Arcade we’ve ever had, and next year I know it’s going to be even bigger and better. We all want to do better. At Arcade the mission is to elevate and advance the art of comedy; I am so thankful Arcade creates a platform for queer comedy in the city I call home. I hope that all of Pittsburgh spends some time this month celebrating Pride at Arcade. You’ll have a gay old time.

Today you can find IMAGES, 941 Saloon, There: Ultra Lounge, and after-hours club Tilden (linked to House of Tilden, one of Pittsburgh’s oldest gay clubs from the 70’s owned by Robert ‘Lucky’ Jones who ran the majority of gay friendly establishments in his time). But this tradition has been going on for a while. Pegasus shuttered its doors in 2009 but had been staple of the scene since Pittsburgh struck down its sodomy laws with Commonwealth vs Bonadio in 1980. Stretching back a little bit further and you also find the Venture Inn at 923 Liberty. And while it may have been more for straight people trying to get a “rub & tug,” The Aardvark Studio II at 943 Liberty Avenue was a known illegal massage parlor in the 70’s and 80’s owned by Dante “Tex” Gill, born Lois Jean Gill. Dante much preferred to be called “Mr. Gill,” dressed in men’s clothes, and was married to a Cynthia Bruno. A transgender business owner in downtown Pittsburgh, even if he was on the shady side of the law.

Mr. Gill is gone, so is Pegasus, and Pride is moving to the Andy Warhol Bridge, but that doesn’t mean Liberty Avenue has gotten any less gay. Right where Aardvark Studio stood, Arcade Comedy Theater is about to have their gayest Pride Month ever. From the very beginning the comedy theater has made sure to show how inclusive they can be, forming an all queer pick-up improv team, LGTBQ*Bert, in 2013. Cast with only five members in 2013, the kaleidoscope of comedians has now reached the heights of nearly 30 performers. When not performing at The ArGAYde Comedy Show, or their own self-titled shows, members of LGTBQ*Bert are on several house teams at the theater and even work as front end staff. But that’s not the only show to regularly find itself on their stage. Since 2015, Arcade has hosted the sell-out Golden Girls Live! where queer male actors portray the titular foursome in live readings of classic episodes. 2018 marked the first year Arcade had a monthly drag show, produced and performed by local Schwa de Vivre.

This year, Arcade has 15+ shows with Pride content, featuring and even produced by queer artists, going on the entire month of June. They will even be premiering a new long-form improv team taking its name from one of Liberty’s longest running gay bars. So after a decade, Pegasus is returning to downtown Pittsburgh, and it’s as gay as ever. 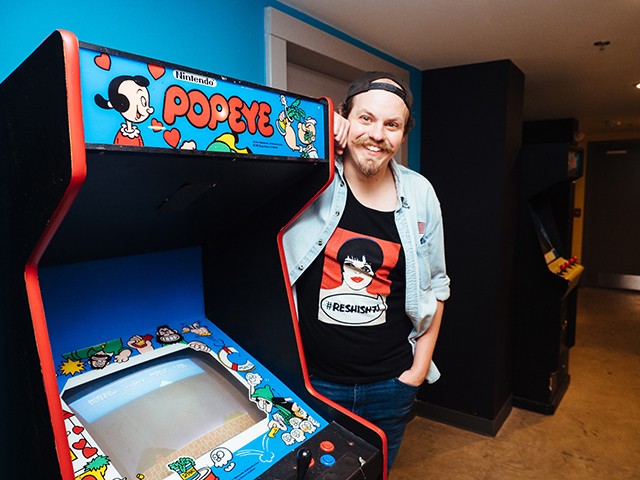 Comedy can feel exclusive. It’s a medium where the loudest and most confident are often given the most visibility and others are left on the sidelines. It’s a field that’s been dominated by heterosexual white men for so long that’s it’s even become a joke among heterosexual white men. But June is Pride Month, and this year, it means a month’s worth of Pride comedy shows at Arcade Comedy Theater, including queer-only standup and Golden Girls: Live.

Knights of the Arcade

Families will learn creative games to play together and enjoy interactive, improv comedy starring the Penny Players — all in an inclusive, supportive environment

A night of queer entertainment including improv, sketch, drag, & burlesque

After Werk: A Drag Cabaret

Singing, dancing, games, and plenty of comedy with Queen Schwa!

Improv jam feat. short and long-form sets open to queer performers and enjoyed by all! Admission is free for performers